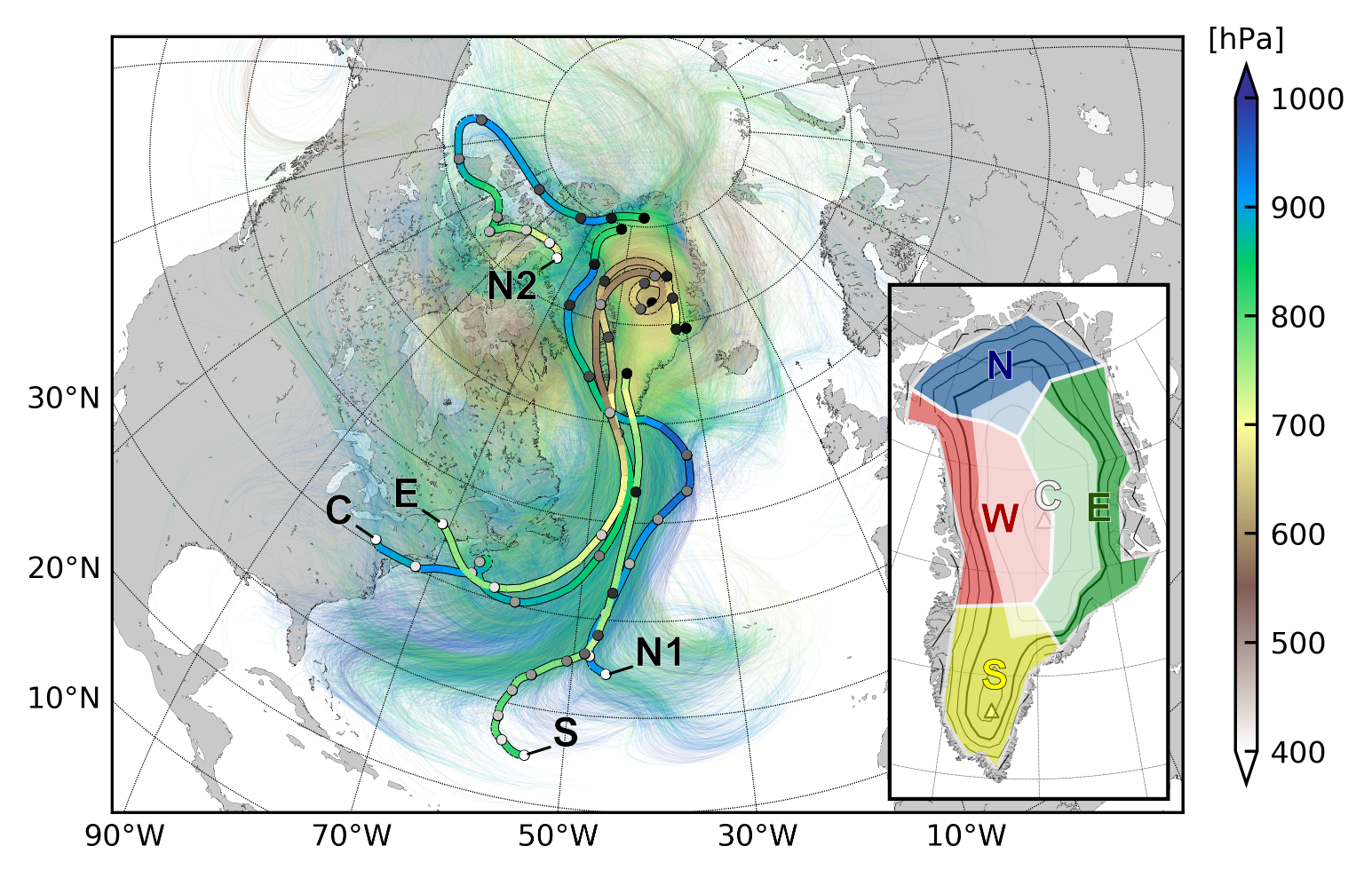 Mauro Hermann and his former MSc thesis supervisors (Lukas Papritz, Heini Wernli) recently conducted a study on Greenland melt events in Weather and Climate Dynamics. The use of Lagrangian backward trajectories – calculated with the powerful LAGRANTO tool also used in the INTEXseas project – gave them insight into the dynamical and thermodynamic processes acting on air masses, which end up just above the surface of the Greenland Ice Sheet during extensive melt periods.

The authors found that an upper-tropospheric ridge southeast of Greenland is mostly present during the 77 identified melt events in 1979-2017. Surprisingly, their intuitive idea that subsidence-induced adiabatic warming is an important contribution to the observed warm anomaly, as for air masses associated with near-surface heatwaves in the midlatitudes or the Central Arctic, was not confirmed. Instead, strong poleward transport from a climatologically warmer region (at lower levels and/or at lower latitudes) causes the air mass warmth. Latent heat release occurring as the air masses are forced to ascend orographically or dynamically is of secondary importance. The dynamical perspective helped the INTEXseas team members to systematically identify synoptic patterns and thermodynamic mechanisms, which are associated with air masses causing melt of the Greenland Ice Sheet.

The figure shows 10-day trajectories arriving over melting ice during the most extensive melt event in July 2012, colored according to their pressure, show illustratively the low-level and low-latitude origin of these air masses. Five representative example trajectories represent characteristic airstreams (S, C, E, N1, N2), shown in thicker lines with one circle per day colored from white (t = -240 h) to black (t = 0 h). 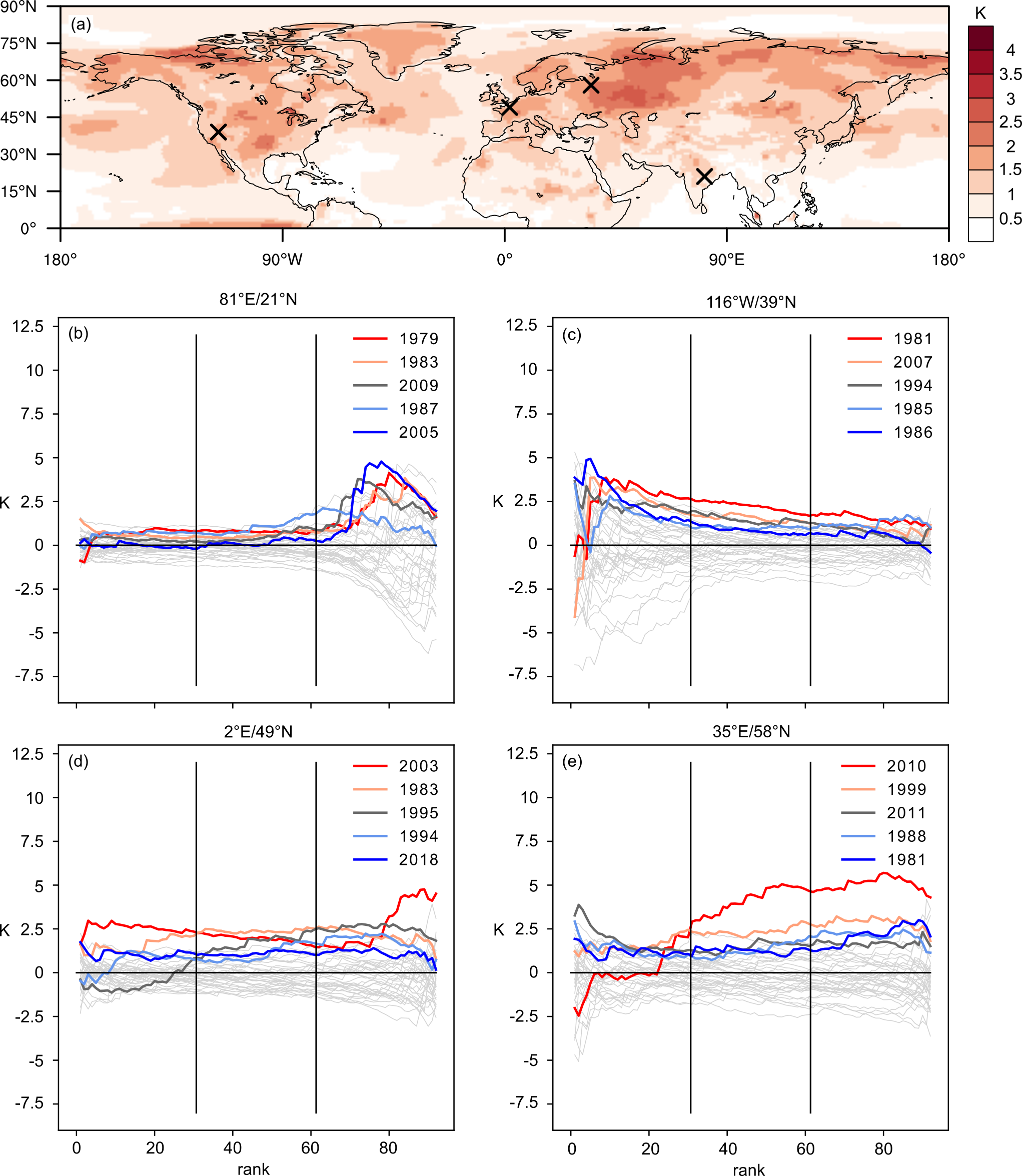 We are happy to see our first INTEXseas article published as an EGU highlight article in the new EGU journal Weather and Climate Dynamics. Find a short description of our study on the “the substructure of extremely hot summers in the Northern Hemisphere” here and the paper here. 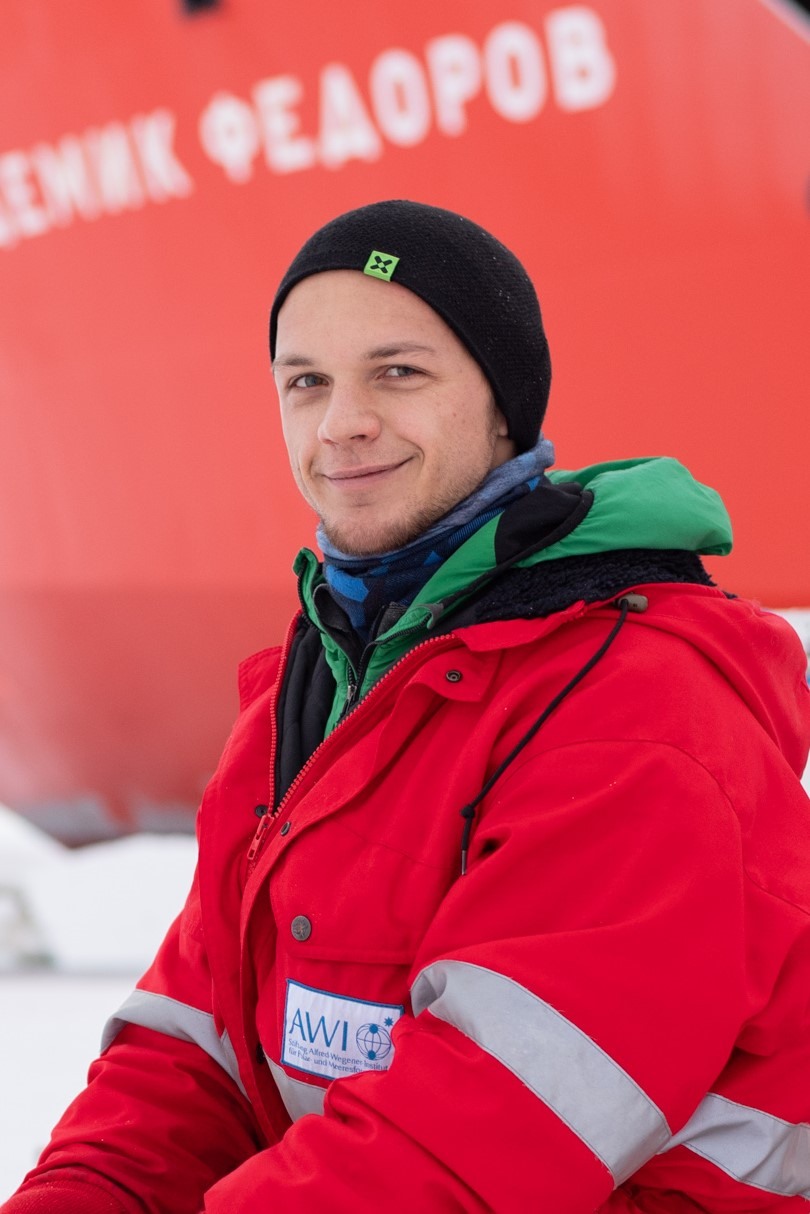 Mauro has recently finished his MSc at IAC ETH. Mauro intensively studied climate change in the Arctic during his MSc thesis (on the atmoshperic dynamics leading to Greenland melt events) but also as a member of the MOSAiC expedition. Mauro now joins the INTEXseas project as a PhD student. In INTEXseas, Mauro will investigate societal effects of extreme seasons with a special focus on the Alpine region: “As the INTEXseas project targets the seasonal timescale, its results are conceivably highly significant for different economic sectors such as agriculture, forestry, health, energy and tourism. I am looking forward to work in a well-known team, tackling the project from the impact side of forest damage and/or winter seasons in the Alps.” 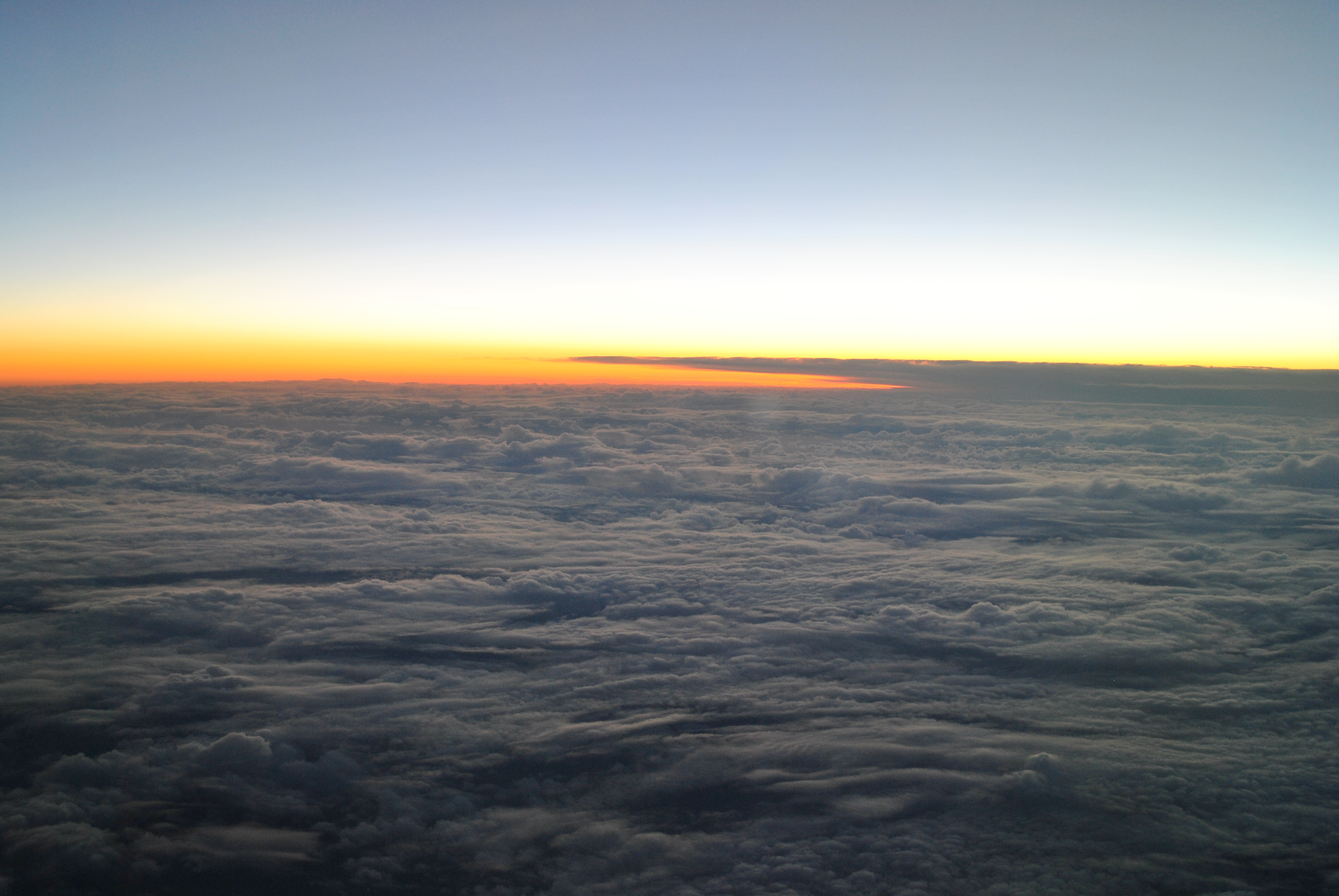 Katharina has recently finished her studies in earth sciences with emphasis on atmospheric and climate science at ETH Zürich. In her master’s thesis she analysed the role of cold (CAA) and warm air advection (WAA) for freshwater fluxes in the South Indian Ocean. Next to developing a climatology of strong CAA and WAA in this area she analysed measurements of stable water isotopes to investigate the influence of CAA and WAA on the moisture source regions.

“Understanding the atmospheric processes behind extreme seasons in the larger context of climate dynamics is the key motivation for me working on the INTEXseas project”, Katharina says. Her INTEXseas-related research will be focused on extreme seasons in polar regions. The main emphasis will be the analysis of the processes leading to them, their representation in global climate models and if they reflect a possible climate change signal.

Emmanouil Flaounas will present some of his INTEXseas work at the HyMeX workshop in Split (23/5/2019). The abstract of Emmanouil’s poster presentation is included below.

In this study, we analyse the atmospheric conditions that led to the anomalously wet winter of 2009/2010 in the Mediterranean, the most rainy one in the last 38 years. During this peculiar winter, the large scale atmospheric circulation is related with the unusually zonal North Atlantic jet and an extremely persistent phase of the North Atlantic Oscillation. These conditions are shown to lead to anomalously high tropical moisture exports towards the Mediterranean, favouring thus higher rainfall events than typically expected. The relationship between cyclones and rainfall is highlighted in particular.

When characterising regional or global climate, due to its implications into for both local impacts and the environmental water cycle, precipitation is one of the most important atmospheric variables to be considered. For this reason, annual and seasonal trends of hourly to daily rainfall extremes have broadly been an important object of climatological studies in the past. In the context of the project INTEXseas (An integrated weather-system perspective on the characteristics, dynamics and impacts of extreme seasons), funded by the European research council (ERC), extreme rainy seasons are introduced as a new concept in climate research. An outline of the methodological framework is also demonstrated in detail, showing the spatial extent of areas that experience the same extreme season.