The first INTEXseas study has recently been published in the new EGU journal Weather and Climate Dynamics. In this study, a team of INTEXseas researchers introduce the concept of “extreme season substructure”, which recognizes that an individual season is invariably composed of different parts which may contribute unequally to the seasonal mean anomaly of the variable of interest. The authors focus on extremely hot summers in the Northern Hemisphere and quantify, how much each rank day (i.e., the coldest day of the season, the second coldest or the hottest day of the season) contribute to the seasonal mean temperature anomaly. To do so, Community Earth System Model (CESM) simulations as well as re-analysis data has been used and it has been shown that this substructure varies considerably in space. In India, for example, the hottest third of the summer days typically contribute about two thirds to the seasonal mean temperature anomaly. In the western US, however, milder than normal cool summer days are essential for generating extremely hot summers. Moreover, both data sets agree remarkably well on the spatial pattern in the substructure of their respective extreme summers.

The Figure shows in panel (a) the July–August temperature anomaly during the 5 hottest ERA-Interim summers in 1979-2018 at each grid point.  Panels (b-e) depict “rank day anomalies” for selected grid points, which indicate how much warmer or colder a particular rank day in a given season was compared to its climatology at the respective grid point. The five hottest summers at each of these grid points are highlighted in color, while the remaining summers appear as light gray lines. 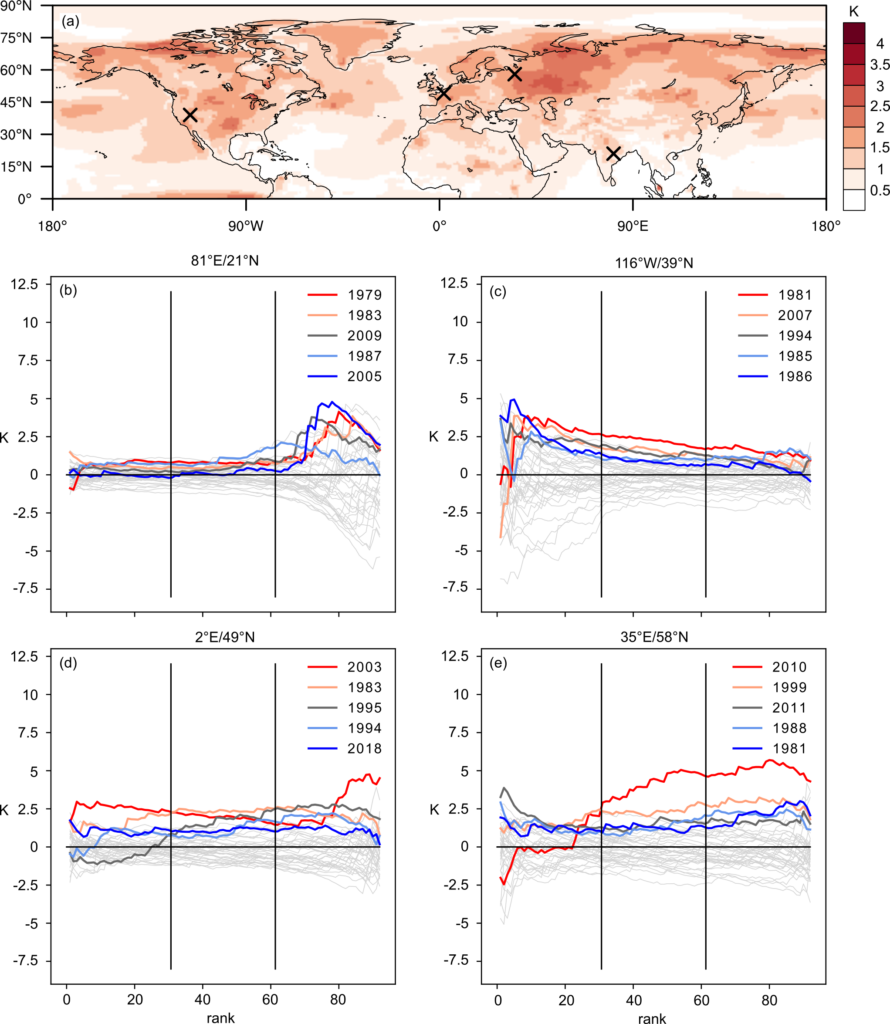